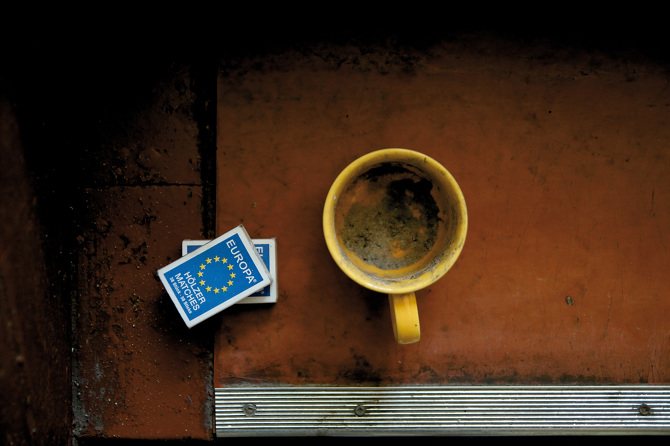 A Photographic series by Verónica Losantos

“Éxodo”, in English Exodus, from Greek éxodos, means etymologically “a going out”, “travel out” or “marching out”, from ex- “out” + (h) odós “way”. The term refers to a departure or emigration, normally of a large number of people to a certain destination. As the Eurozone undergoes continuing financial instability, immigration rose especially from those countries facing the sharpest economic crises, notably Greece and Spain, to more financial stable northern states, among which Germany stands as a particularly popular destination.

Verónica Losantos portrays here young Spaniards who migrated to Berlin in the context of the financial and economic crisis. The series is composed of several portraits and detailed images in attempting to capture the essence of these characters, offering a contrast between the subject and its context and thus revealing some unresolved tensions implicit in their new lifestyles.

Her pictures seem to reveal the invisible traces of a silent fight: the integration, the adaptation and the domestication of the difference. A constant exploration of the notion of “home”, conjugating the verb “to live” in a different language, translating the “self” to a different context. Daily challenges in the life of an expat.
Identifying if the new place is a point of departure, a transient place or a true homeland remains still a mystery that only time will tell.